We spoke to Punch! icon and Head of Sales Development Holly Spooner as she’s about to hit seven years with the company. What’s kept her here so long? And how did she rise to the top in a male-dominated industry? 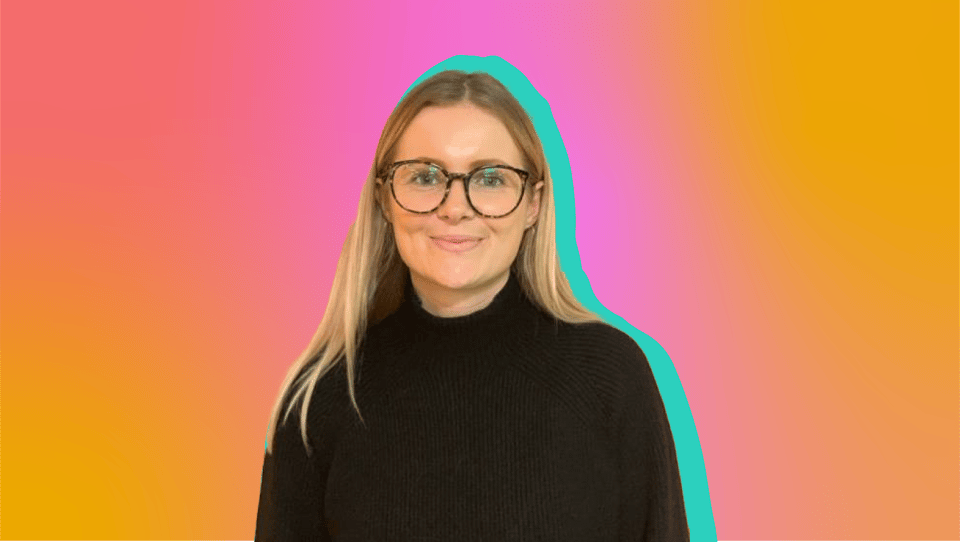 Hey Holly! For those who don’t know, what do you do at Punch!?

I do what it says on the tin, Head of Sales Development! I look after our 15 Sales Development Reps (SDRs), our three Sales Development Managers (SDMs), and the data team, keeping them all motivated, and looking for cross sell and upsell opportunities. I’m also part of Punch!’s leadership team, helping make decisions about the future of the company.

Over seven years you’ve risen up through the ranks. But do you still remember your first day?

I do, it’s so funny! Since it was a new job I was absolutely terrified. There were the founders Chris and James and four or five other boys. There was also Hannah, who is Chris’s wife. Everyone was super nice though. I got trained and then it was straight onto the phones. I was so scared to make a phone call in my first week, even across the first month. Chris and James might not know this but I would only make a phone call if other people were on the phone. The office was so small you could hear everything literally, so I didn’t want to be the only person on the phone at one time, because then everyone would be hearing my voice. But Chris and James were obviously amazing and now I've worked here for seven years.

Is the company culture something that has helped you?

Definitely. If we didn't have a good culture and I didn't like working here I wouldn’t still be here. There’s plenty of opportunities everywhere. I get approached on LinkedIn all the time like I’m sure a lot of people do. But I never wake up in the morning and think I don’t want to go to work today. All of the amazing stuff that we have in our culture, like quarterly socials or the prize catalogue, none of my friends get that at their companies. They’re just a number. Whereas at Punch! we all get to know each other on a personal level and we actually genuinely care about each other.

You said you were terrified when you first started. When did you gain that first bit of confidence?

When I booked my first opportunity! The aim of the game as an SDR at Punch! is to book meetings. But it was like two weeks until I booked my first meeting. Up until that point, I didn't have much confidence that I could do the job. I’d had so many near misses and everyone else around me was booking meetings. But obviously they’d been doing it longer. So perseverance was key. When I booked that first meeting that was when I was like, right I can do this! From that point onwards I was booking meetings all the time. I became one of the top SDRs, hence why I progressed to where I am now. 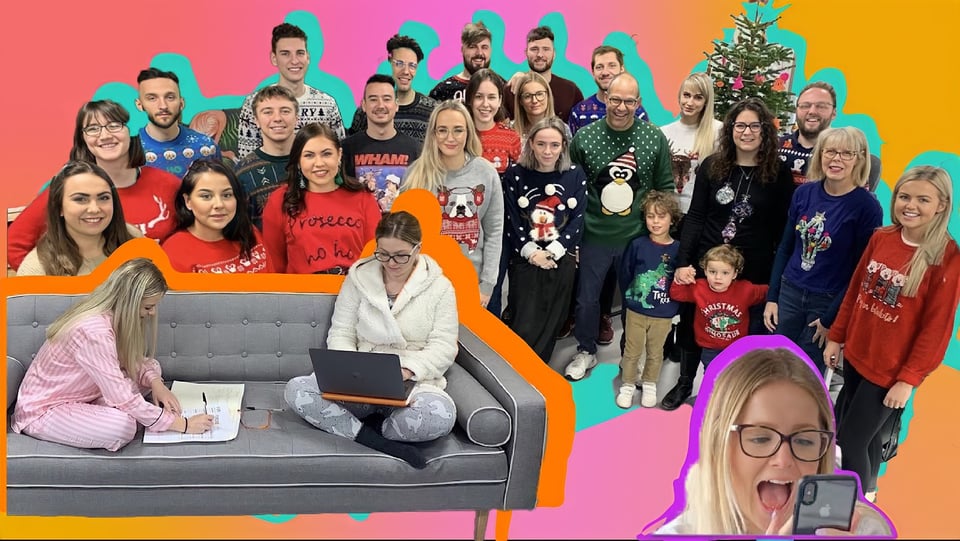 What was the journey like going from SDR to Head of Sales Development?

It was exciting and I learnt a lot. I’m very goal oriented, so Chris and James would always set me a goal and I would work hard to make sure I hit that. I always want to get to the next stage. So every single time I got a promotion it was a massive success for me and I’d celebrate every time. When I was promoted to Head of Sales Development that felt like the biggest milestone. It’s the biggest promotion I’ve had and it’s the biggest achievement I’ve had. I'd been building up to it for a long time. We’ve all got journeys at Punch!, which lay out the path from a junior role to a senior role, so I could always see my career trajectory and what I had to do to get there.

What was your biggest challenge along the way?

The biggest challenge was Covid. My team was growing month on month, we were getting new clients left right and centre, we were smashing our revenue targets and then Covid happened and it just went to shit. My team went from 20 SDRs down to six. I had to get back on the phones. We had like four clients. They were all pausing because everything was uncertain. I'd also never managed a team remotely. That was pretty crazy. We didn’t have the technology to do it initially. We were using Whatsapp groups. And how was I supposed to coach people? But do you know what, we did a great job. We took it in our stride. We put some good processes in place and we managed to keep the team that we had motivated. And actually, I would say that once we put those processes in place, the team was just as motivated as when they worked in the office. 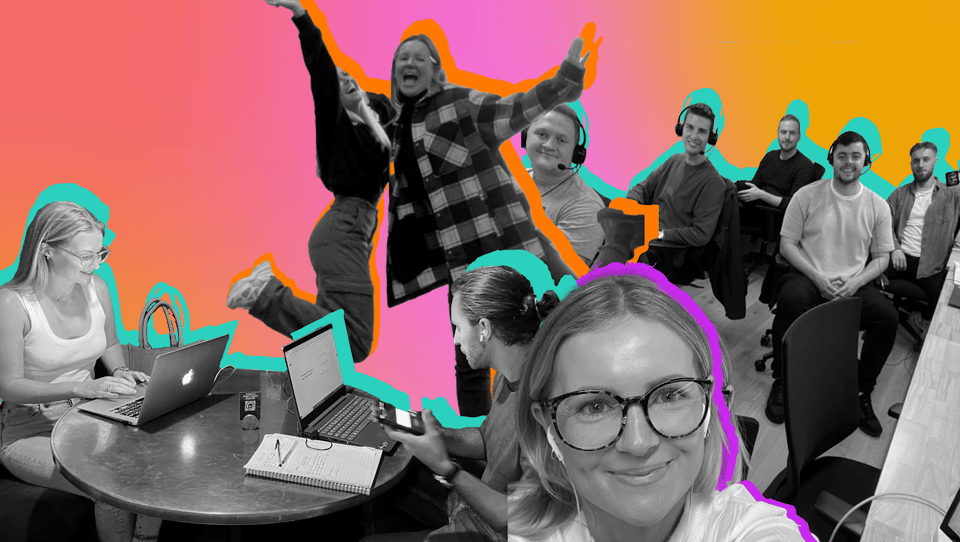 What do you love most about your role?

I love watching the team grow. Sounds cheesy doesn’t it? But I love being able to support people and for some of the SDRs it’s their first ever job. They might not stay at Punch! forever, but I’m helping them get a really good grounding for the rest of their career. Having had first-hand experience of growing myself at the company, it motivates me to help other people. I also love building great relationships with clients. We do a really great job of that here at Punch!. If we’ve got a toxic client, we turn them away. So all of our clients are nice people to work for.

It’s fair to say sales development is quite a male-dominated industry. What advice would you give to fellow women who are looking to take a step into the industry?

It can seem daunting at first because it is so male-dominated. But my advice would be to look for the right company, the company whose values align to your own. Don’t doubt yourself. And something I say to all of the team, not just the girls: perseverance is key. It didn’t scare me or worry me that on my first day the room was full of boys. You’ve just got to persevere. You’ve got to be motivated, tenacious, and really good at taking rejection. I have a journal and every single morning I write down three goals and a positive affirmation. If you write that you'll have a brilliant day, you’ll have a brilliant day. And I also have some motivational quotes in that book. This one from Pelé: ‘Success is not an accident, it is hard work, perseverance, learning, studying, sacrifice, but most of all: love of what you are doing or learning to do.’ As an SDR you’ve got to come in with a positive mindset, you can’t just roll out of bed onto the call in the morning and start making 100 calls. It doesn’t work. You’ve got to go for a walk, have a coffee, have some breakfast, make sure you have a shower. Get yourself pumped and ready for the day. That’s a massive thing. 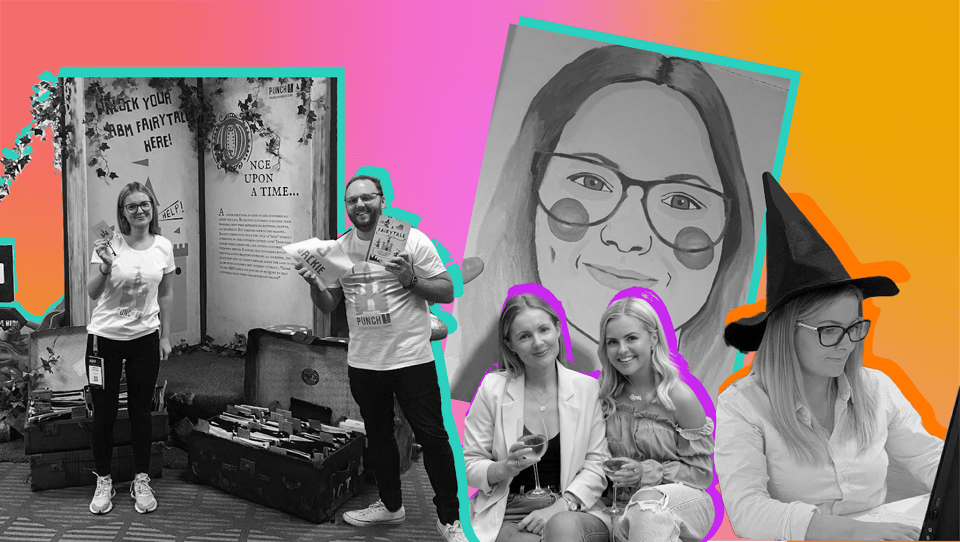 Are you the same Holly Spooner that walked into the Punch! office seven years ago?

Am I the same Holly? I don’t think I am the same Holly. I’ve definitely grown up a lot. I didn’t really have any business acumen when I started. I’d worked in a cookery school, in hospitality, and a nursery, but I’d never worked in a business environment. And when I first started at Punch! I was really bad at taking feedback. I was terrible. You can ask Chris and James. I would be a face like thunder arguing back, stropping around. I was also terrible at dealing with change. But through company growth and my own personal progression came a lot of change. New roles. New responsibilities. So I had to get used to it. Over the last couple of years I’d say I'm much better at handling change. I call it riding the Punch! wave.

Finally, where do you think you’ll be at the ten-year mark?

That’s a very good question. Professionally, I’d like to be managing a global sales development team. Feet on the ground in America, Europe, or APAC. It’s the next big challenge for me. And it’s exciting! Personally, I’d like to have a team of my own by then as well, a family, if Ed’s put a ring on it by then!

Thanks for all your insights Holly. Congratulations on seven years and keep riding that wave!

Hr 30 Under 30: How Emma Hollands’ Passion for D&d Led to L&d Accolades 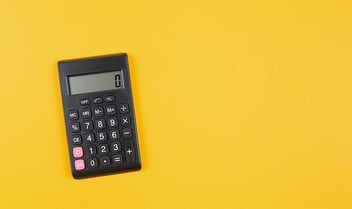 Free Calculator: The Cost Of Hiring An Internal SDR 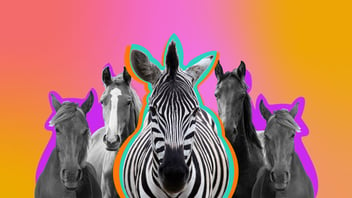 Every B2B Marketer Needs to Read This Book: Oversubscribed

Why Your Sales and Marketing Teams Don’t Trust One Another

Enter your email and we’ll be in touch.